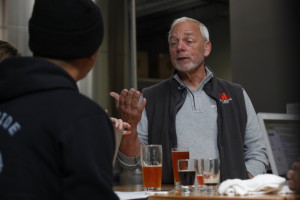 Bitter the Elder, Bill is an alpha male on a mission. A mission to create something that others like enough to buy – and to come back and buy again. Like quality craft beer. Some would say that makes him a people pleaser, but those people would be wrong. Trained in the culinary arts, Bill spent years exploring the craft of fine food. His mise en place as kitchen commando involved sustainable, organic vegetables and meats – not hops and yeast. But brewing is in Bill’s blood – his great grandfather was a brewmeister in Germany. Hence, beer had a presence in his formative years, though it was Stroh’s, and not the kind that brought about real inspiration.

It wasn’t until 2009 that Bill got caught up in the heady days of the craft beer scene in San Diego where he soon realized that, as with many things in life, all beer is not created equal. So began his passage into the craft where Bill navigated the frothy beer waters as, volunteer, investor and willing taste tester. Learning what flavor profiles he gravitated towards and held in spiritual reverence, Bill decided to embark on a new journey. And since he and his younger, less bitter brother grew up in a Midwest glass-half-empty household, the name “Bitter Brothers” seemed fitting for this family affair. These days you can find Bill managing his modest master plan for world domination and overseeing, well, just about everything. 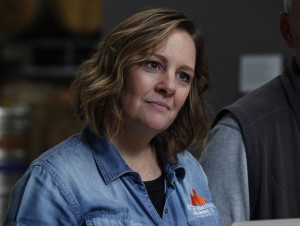 Monica is the Bittersweet half, the charm, the smile, the soft edge of Bitter Brothers – or so they say.  One visit to the tasting room and you’ll see for yourself. Monica is the one tasked with overseeing the tasting room, brewery events and sales. Monica get’s that experience from her time as senior event designer with Waters Fine Foods and Catering where you can still find her by day.

There, she sharpened her skills, and it’s not hard to notice how she’s translated her eye for design into the welcoming aesthetic of the Bitter Brothers tasting room. To Monica, breweries and design are not mutually exclusive concepts so she’s set out to ensure our tasting room is the type of place you’ll want to park yourself for a while. You’re welcome to stay. Except after brewery hours. Then Monica might politely ask you to leave. 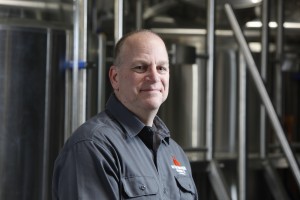 Bitter the Younger, Kurt is still thanking his good ole Aunt Clara for giving him an early introduction to beer. Anything but a late bloomer, Kurt was just four years old when she used to give him sips of Schlitz – with plenty of chocolate, so that makes it OK. His early affinity for beer followed him through to adulthood, but thankfully Kurt’s palate for great beer has expanded since then. Much like his older brother, Kurt likes to keep his belly full and his hands busy.

Whether he’s home brewing, cooking, painting or sculpting, he’s a man with the need to tinker. An operations guy by trade, Kurt caught the brewing bug years ago after seeing craft beer take off. Not one to sit back and watch, he started home brewing in his free time and taught himself some tools of the trade.